Ok. I am not actually little but if you know me, you know how much I LOVE to bake! I admit I am not the best cook in the world but I can make some kick ass desserts! The past few days I have been in a baking mood so I decided to dig through my "need to try" collection of recipes and picked out Irish Car Bomb cupcakes! I love Irish Car Bombs so what could go wrong with it in a cupcake right? After I did all the baking and assembling of said cupcake, I took a little bite. And then an even bigger one after that. Holy smokes was it moist and just the perfect amount of sweet! This recipe is going into my favorites stack!

I adapted the original recipe that can be found at www.browneyedbaker.com 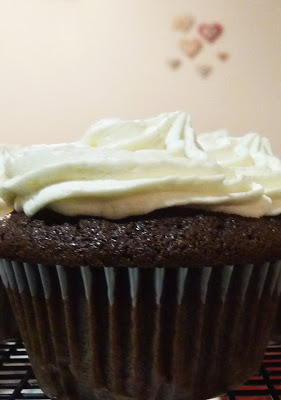 1. To Make the Cupcakes: Preheat oven to 350 degrees F. Line 24 cupcake cups with liners. Bring the Guinness and butter to a simmer in a heavy, medium saucepan over medium heat. Add the cocoa powder and whisk until the mixture is smooth. Cool slightly.

2. Whisk the flour, sugar, baking soda and salt in a large bowl to combine. Using an electric mixer, beat the eggs and sour cream on medium speed until combined. Add the Guinness-chocolate mixture to the egg mixture and beat just to combine. Reduce the speed to low, add the flour mixture and beat briefly. Using a rubber spatula, fold the batter until completely combined. Divide the batter among the cupcake liners. Bake until a thin knife inserted into the center comes out clean, about 15 minutes. Cool the cupcakes on a rack.

3. To Make the Whiskey Ganache Filling: Finely chop the chocolate and transfer it to a heatproof bowl. Heat the cream until simmering and pour it over the chocolate. Let it sit for one minute and then, using a rubber spatula, stir it from the center outward until smooth. Add the butter and whiskey and stir until combined. Let the ganache cool until thick but still soft enough to be piped. (I placed mine in the fridge to speed up the process.)

4. To Fill the Cupcakes: Using a 1-inch round cookie cutter (or the bottom of a large decorating tip), cut the centers out of the cooled cupcakes, going about two-thirds of the way down. Transfer the ganache to a piping back with a wide tip and fill the holes in each cupcake to the top.

5. To Make the Baileys Frosting: Using the whisk attachment of a stand mixer, whip the butter on medium-high speed for 5 minutes, scraping the sides of the bowl occasionally. Reduce the speed to medium-low and gradually add the powdered sugar until all of it is incorporated. Add the Baileys, increase the speed to medium-high and whip for another 2 to 3 minutes, until it is light and fluffy.

6. Using your favorite decorating tip, or an offset spatula, frost the cupcakes and decorate with sprinkles, if desired. Store the cupcakes in an airtight container.


I highly recommend you try these cupcakes! Look for future baking posts from me. I have lots more goodies I want to try! 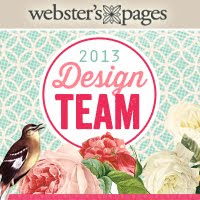 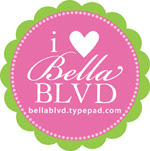